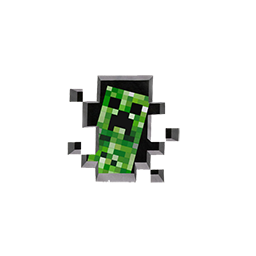 I have been distracted a bit in the evening lately by a game that strangely inspires my a bit actually.

Recently I investigated the hype over a game called Minecraft. I went to the site watched the video.. It seems interesting though didnt think it would really capture my attention. I saw the game was a odd R100, bought it, downloaded it.. and here I am 4 months later still playing it whenever I get fed up with coding or just need to take a break.

I love this game, though there is no real point to it at this stage as you can never really win, but what I do enjoy about it is the creativity factor..

You enter this world where you can create anything you set your mind to really ( with the restriction of plain lego style blocks ) but this is where your creativity come into play.. You can do anything from making complex electrical things ( using a material called redstone that you mine out of the bottom levels of the earth ) or simple farming or making magnificent structures.

This really is a awesome relaxing game that will make you forget about yoru troubles and time. Almost as much as World of Warcraft.

With regular updates being released the keeps you captivated to see whats next.

As to the inspiring bit, it amazes me how the simplest of concepts sometimes can be the most awarding ones. This game is a super simple concept but proves to be fun.

Note. I didnt build this. 🙂

Programmer and Tech Junky from Cape Town, South-Africa. I have been programming for more than 15 years in various languages including ( CSS, HTML, javascript, PHP, MySQL, Wordpress and many other ).